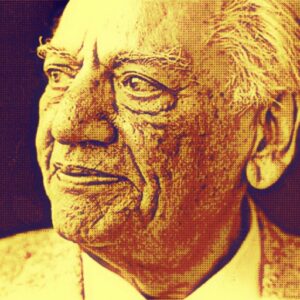 On the 13th of February 1911, he was born into a Jat family in Kala Qder, a known area of Pakistan called Sialkot. Because he had been connected with literary people since childhood, he was socialized in a literary gathering.

His family placed a high value on his education. Faiz’s family was entirely made up of Muslims who lived their lives according to Islamic beliefs. He was fluent in Arabic, Persian, and Urdu.

Faiz Ahmad Faiz was so capable that he was promoted to Capitan. He also joined Inter-Services Public Relations, where he was assigned a variety of assignments. In 1944, he was appointed Lieutenant Colonel. He appointed the first secretary of this literary movement (PWM).