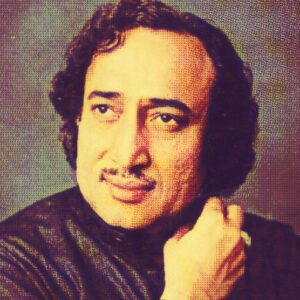 Mohsin Naqvi was born on May 5th, 1947, to a man named Syed Chirag Hussainhe began penning down and publishing his poetry, which gradually began to garner him fame and popularity. Soon, his sharayi and ghazals were being recited in every corner of the country, garnering immense appraise from people of PakistanMohsin Naqvi’s work was largely dominated by his unwavering love for the Ahl-e-Bait, and he has written extensive poetry about Karbala, which continues to be read and recited all over the world.  many famous Urdu poetry books, including Khaima-e-Jaan, Taloo-e-Ashk, Rida-e-Khawab, Rakht-e-Shab, Azaab-e-Deed, Band-e-Qaba and Furat-e-Fikar among others.

Mohsin Naqvi was one of Pakistan’s most famous and illustrious Urdu poets, known as the Poet of the Ah-le-Bait because his work conveyed a heartfelt love for the Prophet Muhammad (peace be upon him) and his family.

Syed Chirag Hussain was the father of Mohsin Naqvi. Ghulam Abbas was Mohsin’s first name, but he later altered it to Ghulam Abbas Mohsin Naqvi. His Poetry was soon being chanted in every corner of the country, earning him widespread acclaim among Pakistanis.

Mohsin Naqvi’s work was dominated by his unflinching devotion to the Ahl-e-Bait, and he wrote substantial poetry about Karbala that is still read and repeated around the world. He wrote about romance and lovers, but his writing was mostly about powerful subjects like the world’s callous and selfish rulers.