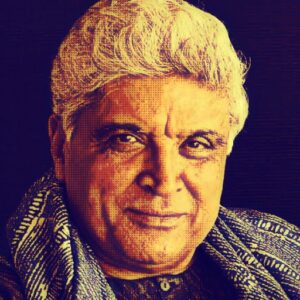 Javed Akhtar is an Indian poet, lyricist, and screenwriter. In the late 1970s and 1980s, he collaborated on some of his most successful projects with Salim Khan, who was half of the script-writing combination known as Salim-Javed. Akhtar is an Indian who remains a famous figure in Bollywood and is regarded as one of the most popular and in-demand lyricists.