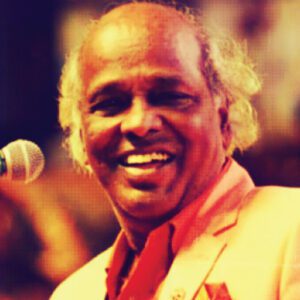 Rahat Indori, sometimes known as Rahat Qureshi, was an Indian Bollywood lyricist and Urdu poet who lived from 1 January 1950 until 11 August 2020. He was also a painter and a former Urdu language lecturer. He previously worked as an Urdu literature pedagogue at Devi Ahilya University in Indore. He is the recipient of a number of national and international awards for Urdu sher-o-shayari. He is also a popular lyrics writer in the Hindi film industry.

Rahat Indori finished his education at Nutan School. In the year 1973, he graduated from Indore’s Islamia Karimia College. In the year 1975, he did his post-graduation in Urdu Literature from Barkatullah University, Bhopal. For his thesis ‘Urdu Main Mushaira,’ he received a PhD in Urdu literature from Bhoj University in Madhya Pradesh in 1985. On May 27, 1986, Rahat Indori married Seema Rahat. Shibil Rahat was the couple’s daughter, and Faisal Rahat and Satlaj Rahat were their sons. After that, he married Urdu and Hindi poet Anjum Rehbar in 1988, but the pair divorced in 1993.

Rahat Indori taught Urdu Literature at Devi Ahilya Vishwavidyalaya for 16 years before becoming a full-time poet and lyricist. He was also a painter, and his works include Bollywood posters and banners.

Rahat Indori has been performing at Mushairas and Kavi Sammelans for the past 40-45 years. Rahat Indori was a prominent Indian poet as well as an internationally recognised Urdu poet. He has performed in the United States, the United Kingdom, the United Arab Emirates, Canada, Singapore, Mauritius, Saudi Arabia, Kuwait, Qatar, Bahrain, Oman, Pakistan, Bangladesh, and Nepal, among other places.

In the age of 70, Rahat Indori died on August 11, 2020, at Aurobindo Hospital in Indore, after suffering two heart arrests. A day before his death, he tested positive for COVID-19.