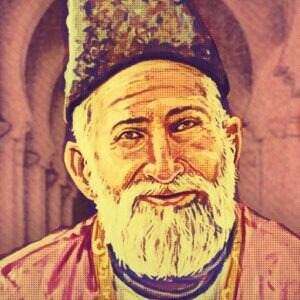 Mirza Asadullah Baig Khan (Urdu/Persian: مرزا اسد اللہ بیگ خان) was a classical Urdu and Persian poet from India during British colonial rule. His also known as ‘Mirza Asadullah Khan Galib’, ‘Mirza Galib’, ‘Dabir-ul-Mulk’ and ‘Najm-ud-Daula’.In 1850, . His first language was Urdu, but Persian and Turkish were also spoken at home. He got his education in Persian and Arabic at a young age.

Mirza Asadullah Baig Khan, often known as Mirza Ghalib, was a popular and prominent Persian and Urdu language poet during the Mughal Empire’s final decades. His early education was accomplished in Arabic and Persian.

The emperor bestowed the title of ‘Mirza Nosha’ upon him. He changed his name to ‘Mirza’ from this title Mysticism, philosophy of life, and his failed love were all represented in his poems. The wonderful aspect of his poems was always the description of his sweetheart. He was able to express himself and his thoughts on his own. In his art, he placed a greater emphasis on emotions and sentiments. His works are currently available in a variety of languages, including English.